A Giant Full Moon Over Livingston and a Gigantic Buffalo

The Moon was as close to the earth on this night as it had been in like several decades.
Unfortunately, the wind was howling making close ups of it very blurry but between snow flurries atop this wet hill down the street, I was able to capture some cool dark cloudy pictures of the Absaroka Mountains behind Livingston, Montana.
I hope you like them! 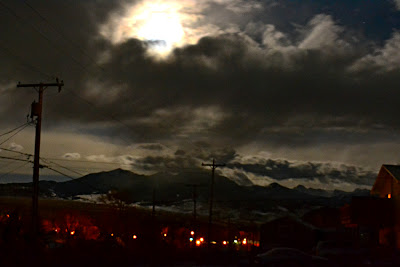 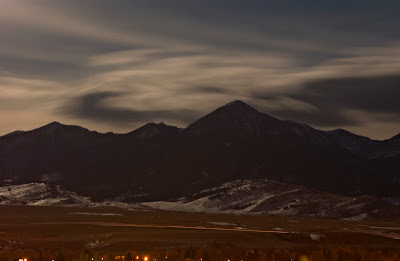 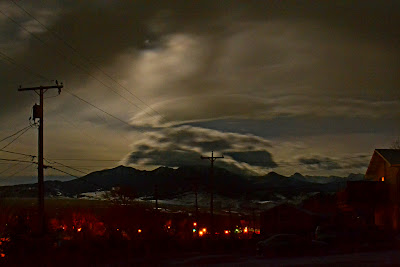 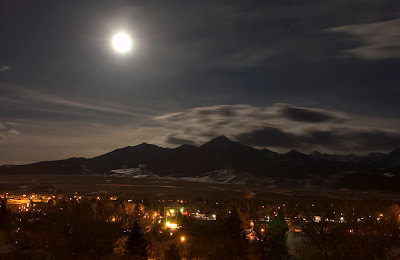 I spotted this giant bull bison over by the Boiling Creek down the hill from Mammoth Hot Springs. At one point,
I decided to reposition myself for a better shot and turned my back on him...I thought I heard him move and I took off running towards the river not knowing if he was charging me. I finally looked back and saw that it was just my spooky imagination and not the beast trying to run me down...this time!

That was a large bull bison...this is (I think) a pregnant cow. 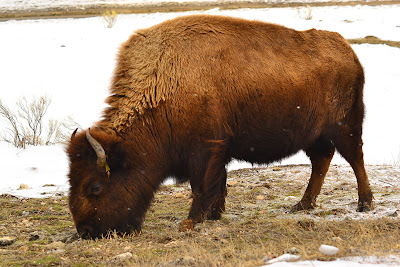 Posted by Putah Creek Photo at 9:36 AM No comments: